Update on the Shirebrook Link Road 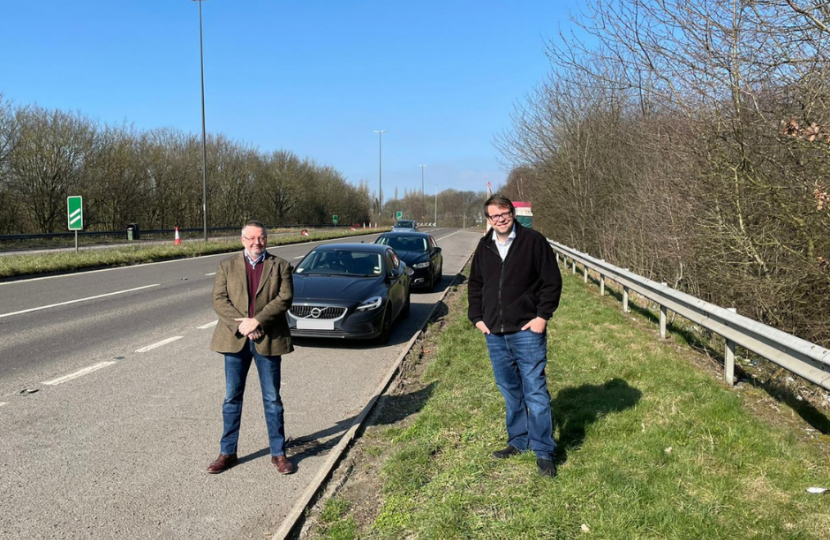 Derbyshire County Council have officially responded to Mark and Steve Fritchley’s request for funding for the Shirebrook Link road.

Mark and the Leader of Bolsover District Council, Steve Fritchley, have received a response from the Leader of Derbyshire County Council, Barry Lewis, confirming that the County Council has committed resources to an initial feasibility study into access to Shirebrook, with a potential additional £150k of support if the project makes enough progress.

The County Council also understands the connectivity challenges faced by Shirebrook, recognises Shirebrook’s regeneration potential and has included the concept of the Shirebrook Link Road in its Local Transport Plans.

This commitment from the County Council into recognising the issues and potential of Shirebrook is vitally important as Mark continues to campaign for investment into infrastructure as part of plans to level up the Bolsover constituency and regenerate our area.

By improving transport links and access to local towns it will provide a huge boost to local tourism plans, attract high quality jobs and further investment into the area.

“I am delighted to hear that officers from Bolsover District Council and Derbyshire County Council are already in discussions over the next steps of this work.

This is one of several projects we are pursuing to reshape the local economy in the Bolsover constituency.

As we have seen with the East Midlands Freeport Bid, when we work together, we can achieve big wins for the region. I’d like to thank both Steve and Barry for their work and support.”

Mark has been campaigning to make progress on the longstanding Shirebrook Link Road project since becoming an MP and sees it as a key part of his plans for improving connectivity and access across Bolsover and the East Midlands region.