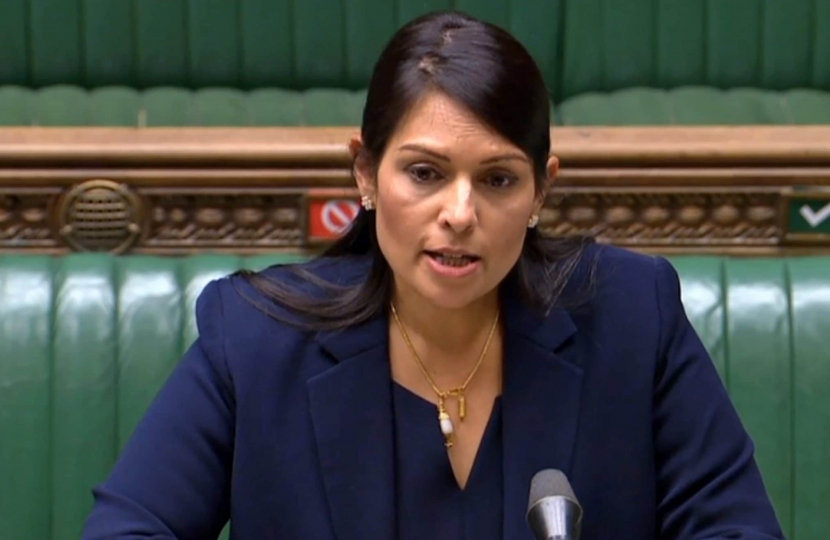 New plans unveiled by the Home Secretary promise to fix Britain’s broken asylum system once and for all.

The Home Secretary, Priti Patel, today launched the Government’s new plan for immigration to fix our broken asylum system once and for all. The new plan will provide a fairer system, allowing us to better support people in need of refuge while reducing costs from failed processing and endless appeals that clog up our courts.

The new plan supports those who enter the UK safely and legally seeking asylum and delivers on our election promise to crack down on illegal immigration. For the first time, the method of arrival will make a difference to how an asylum case is processed, how the claim progresses and the status awarded once finalised. Illegal immigrants will no longer receive the automatic right to settle in the UK and the Government is now able to remove those who have no right to be here.

“I welcome the news that the Home Secretary is looking to re-shape our asylum system, delivering on what the people of Bolsover voted for in 2019.”

Mark continues to support the Government in delivering on the manifesto promises of 2019 that the people of Bolsover voted for, delivering Brexit in his first week as an MP and recently securing a deal with the EU that he was proud to vote for.