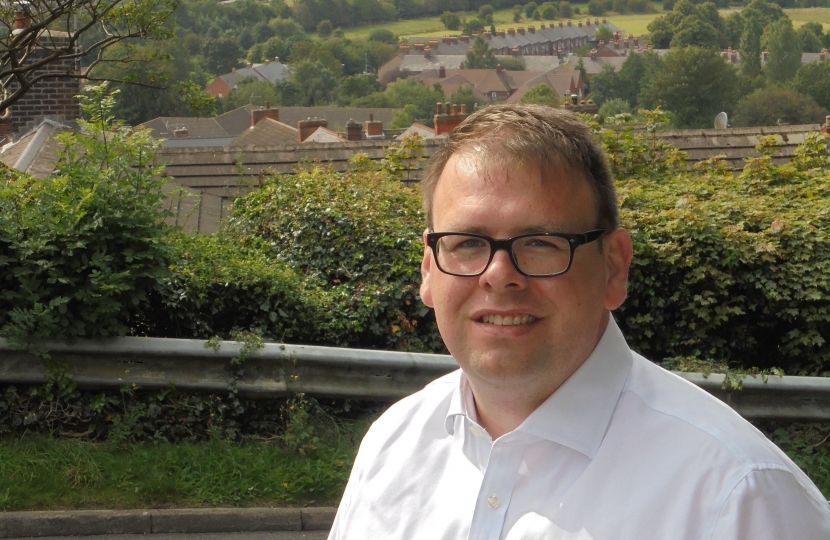 Since it was announced that a licence for shale gas exploration had been granted in Bolsover, local Conservative candidate Mark Fletcher has been urging the Government to keep safety and environmental concerns at the forefront of their decision-making and has made the case that local concerns must be taken into account.

A new report from the Oil & Gas Authority – the independent regulator – has found it is not currently possible to accurately predict the probability or magnitude of earthquakes linked to fracking, so the Government has immediately announced a moratorium and no more fracking will take place in England.

Ministers have always been clear that fracking should only proceed if the science shows that it is safe, sustainable and minimises disturbances to local communities – and Mark Fletcher has welcomed the Government’s decision to halt fracking in light of the latest evidence.

The Government will continue working to reduce the UK’s reliance on fossil fuels, having recently passed a new law that made the UK the first major economy in the world to target Net Zero emission by 2050 - meaning the UK’s contribution to global warming will end. As the independent Committee on Climate Change has said, natural gas will play an important part in achieving this target by moving the UK away from far dirtier energy sources like coal, along with other energy sources such as solar, wind and nuclear.

The deployment of 99 per cent of all solar capacity in the country has taken place under the Conservatives since 2010 and the Government is working to ensure offshore wind provides more than a third of Britain’s electricity by 2030. As a result, 2018 was the cleanest and greenest year on record – and 2019 looks to break yet more green records.

“I am determined to stand up for local residents in Bolsover, and I know there were worries about the prospect of fracking coming to our area.

“That’s why I am so pleased that the Government has acted on the latest evidence and decided to ban fracking here in Bolsover.

“The Conservatives will always put the safety of local communities first. The latest scientific evidence has changed the facts on fracking, and the Government immediately acted to put a stop to it across the country – the right and responsible thing to do.”