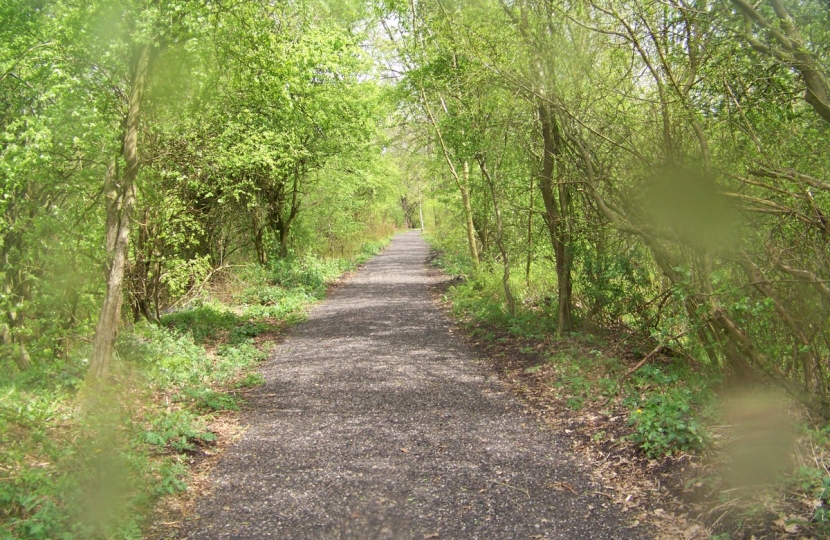 Following £30,000 of investment from the European Rural Development Fund – new cycle trails have been established around Pleasley Pit and Hardwick Hall.

Over the last 18 months, Mark has been campaigning for better cycle networks throughout the Bolsover constituency to improve tourism potential as well as developing greener transport links.

The work has been done in conjunction between Derbyshire County Council as well as the Bolsover Countryside Partnership and has provided links between Pleasley Country Park and Hardwick Hall, two of Bolsover’s main tourism hotspots.

Commenting on the work, Mark said:

“It’s really pleasing to see that the trails have now been completed and are providing transport links between the two sites.

“During my visit to both sites a couple of weeks ago, it was clear to see the potential for linking up the two destinations and getting more people visiting both.

“Improving our infrastructure is vital to improving tourism and giving people a way of getting around the constituency that doesn’t involve using their cars.”