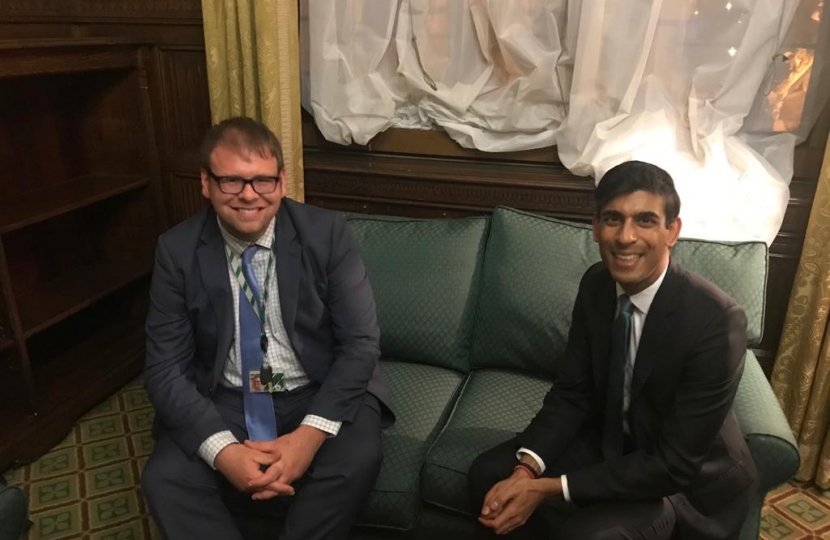 Mark Fletcher MP has welcomed the Chancellor’s Budget which sets out to protect livelihoods, support those that need it most and launch the East Midlands recovery from COVID-19.

Today the Chancellor’s Budget set out to protect jobs and livelihoods and put the East Midlands on the path to economic recovery.

The Budget has extended support for those who are most in need of help as well as helping businesses get back on their feet and start to drive our recovery.

The Chancellor announced that the Furlough Scheme and the Self-Employed Income Support Scheme would be extended until September. These schemes have supported 700,000 jobs and 170,000 self-employed workers throughout the East Midlands.

The Universal Credit £20 uplift has been extended to October supporting 325,000 households throughout the East Midlands and there will be a one-off payment of £500 for those eligible for Working Tax Credits, benefitting another 115,000 homes.

The Budget will also support businesses to get back on their feet by cutting VAT for another 6 months for those in hospitality, introducing new recovery loans for businesses and extending the business rates holiday – the single biggest tax cut in the UK ever seen.

The Chancellor also announced that the bid for an East Midlands Freeport has also been accepted, making it easier and cheaper for businesses to invest and do business in the region – turbocharging the regional economy and benefitting the Bolsover constituency in the process.

“Today’s budget gives more support to families and businesses as we come out of this pandemic.

From the extension of furlough and the increase in support for the self-employed to the restart grants and cut in VAT for hospitality and tourism, businesses know that we are supporting them as we open up the economy.

The Budget also laid the groundwork for a more high skilled and productive economy. The East Midlands Freeport, the towns deal for Clay Cross and the introduction of the UK Infrastructure Bank will all help our region.

Every vaccine that is given moves us a step closer to normality. Today’s budget supports us through the next few months but is a massive step in the right direction towards a higher skilled economy.”

What the New Temporary Coronavirus Measures mean for Education Settings.

Most of the guidance for Education settings hasn’t changed and the new measures that are being introduced are temporary and precautionary due to the Omicron variant of the virus and will be reviewed in three weeks.