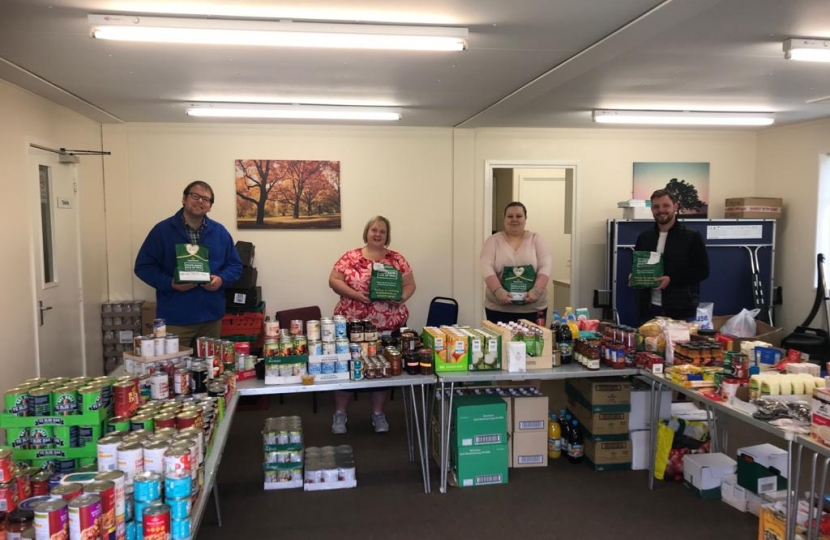 Following an incredibly difficult year in which many found times difficult, lots of new organisations throughout Bolsover stepped up to the challenge to support their local communities.

One of those organisations that popped up last year was the brilliant Tibshelf Foodbank who were set up to support those in the Tibshelf area who needed them most.

During the visit, Mark heard about the brilliant work the team at the foodbank had done over the course of the last 12 months to help people throughout Tibshelf and surrounding areas.

“I know that the volunteers here at the Tibshelf Foodbank have been doing some amazing work over the course of the past year.

We saw so many people and organisations throughout the Bolsover constituency step up to the plate last year to help their communities throughout the last year. The folks here at the Tibshelf Foodbank are no exception and we’re incredibly lucky to have them. There's a real strong feeling of community spirit here in Tibshelf that shines through tremendously.

I’m really grateful to be able to come to the foodbank today and speak to some of the team and hear more about the operation has grown. Thank you to everyone who’s been involved in this project over the last few months, specifically, thanks to Allison Beckett, Wayne and Lian Kingscott.”

This page shows the campaigns I am engaged in around South Normanton, Pinxton, Blackwell, and Tibshelf.