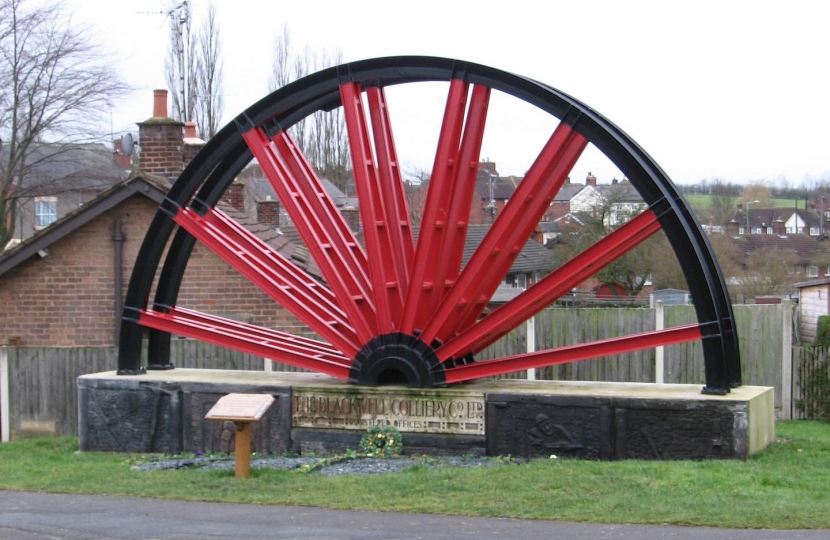 Mark Fletcher met with local councillors to discuss local issues and priorities in Blackwell and Creswell to start off the Easter Recess.

Mark discussed the implications of HS2 for residents within Blackwell parish and gave an update on his continued work to improve access to bus services in the area. The meeting also covered plans with Bolsover District Council to improve skills, employment and jobs as we recover from the pandemic.

With Cllr McGregor, Mark spoke about proposals for a new Leisure Centre and a new Health Centre in Creswell and then visited Whitwell to look at progress on a road issue that Mark is working with Derbyshire County Council to resolve. Mark also finally had the chance to visit Bolsover School, which he has been a Governor of since late last year, and met with Headteacher Mr Hall to see the school.

“I’d like to thank Blackwell Parish Council for taking the time to meet with me and taking time out of their busy schedule. It was also great to meet with Cllr Duncan McGregor and to visit Bolsover School and their fantastic Headteacher Mr Hall. It has been a nice couple of days in the sunshine!”

Mark has prioritised improving access to further education across Bolsover, as well as bringing more skilled jobs to the area and providing opportunities for constituents across the area. Mark has also worked closely with Derbyshire County Council, Bolsover District Council and many of the Parish Councils across the constituency to work with them on improving the infrastructure in the area and continues to work on better road links, public transport provision and delivering projects such as the new Health Centre and Leisure Centre in Creswell and Whitwell.