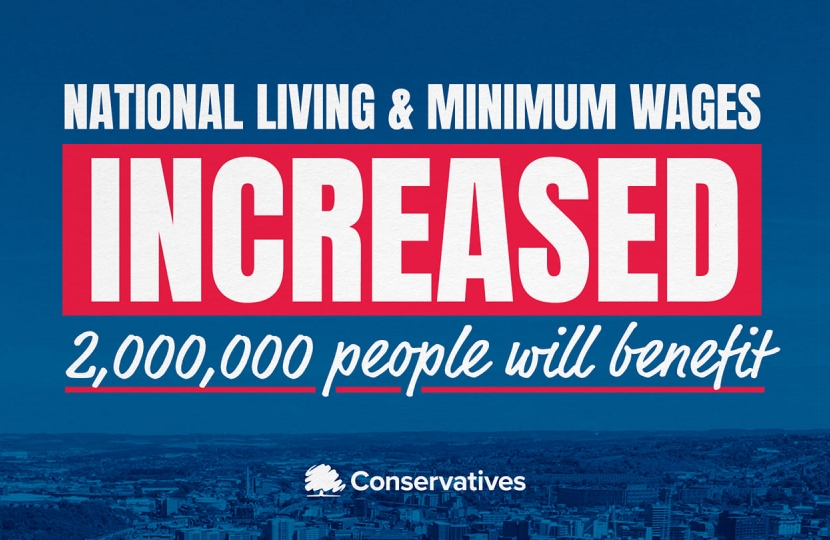 Coming in to effect from today, the increase to the National Minimum Wage will benefit over 2 million people, including around 188,000 workers in the East Midlands, immediately.

The Government is increasing both the National Living Wage and National Minimum Wage from 2021, which comes in to effect today. The National Living Wage will increase by 2.2% to £8.91 per hour and will be extended to include 23 and 24 year-olds for the first time. This means someone working full time will earn £345 extra per year and will now be taking home £5,400 more annually than they were in 2010.

“I am very pleased to see the increase in the National Living Wage and National Minimum Wage come in to effect today. This pay rise will make a huge difference to many hard-working constituents in Bolsover, giving them more money in their pockets and a hard-earned reward for their work. Today’s announcement is great news for Bolsover”

Mark has been campaigning to bring more jobs to Bolsover, including high-skilled green jobs as part of the Government’s prioritisation of a green economic recovery from the Covid-19 pandemic. Fighting for better education and employment opportunities for the people of Bolsover is a key objective of Mark’s and today’s news is another step in the right direction.