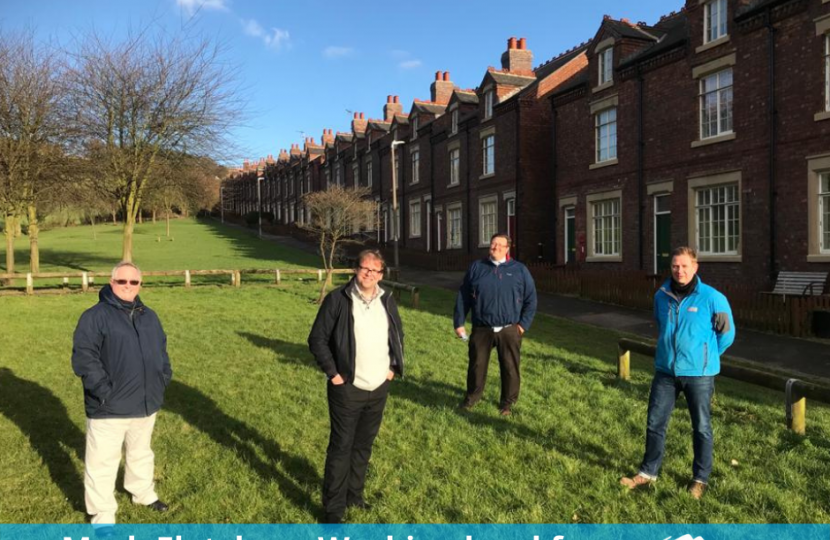 Mark pays a visit to see progress on the New Bolsover Model Village following investment from the National Lottery.

Mark visited the New Bolsover Model Village on Friday 12th March with representatives from Bolsover District Council and the developers of the project, which is now only months away from completion.

New Bolsover Model Village has been a £13 million project which included £2 million from the National Lottery to regenerate the historic grade II listed properties in New Bolsover. Despite the logistical challenges, the work being done has been long overdue and will be great to see once completed.

“The beauty and heritage of these houses shows that this was a project worth persevering with and it is great to hear from the developers that they’re only a couple of months from the finishing line.”