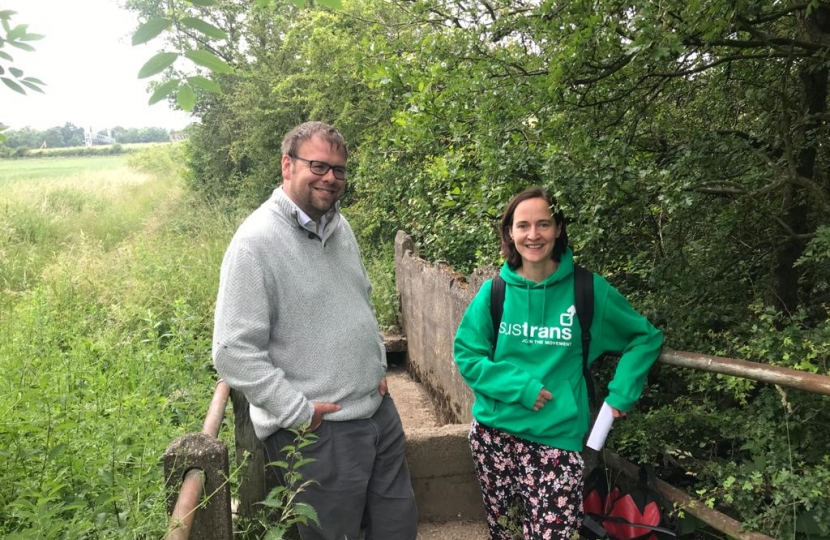 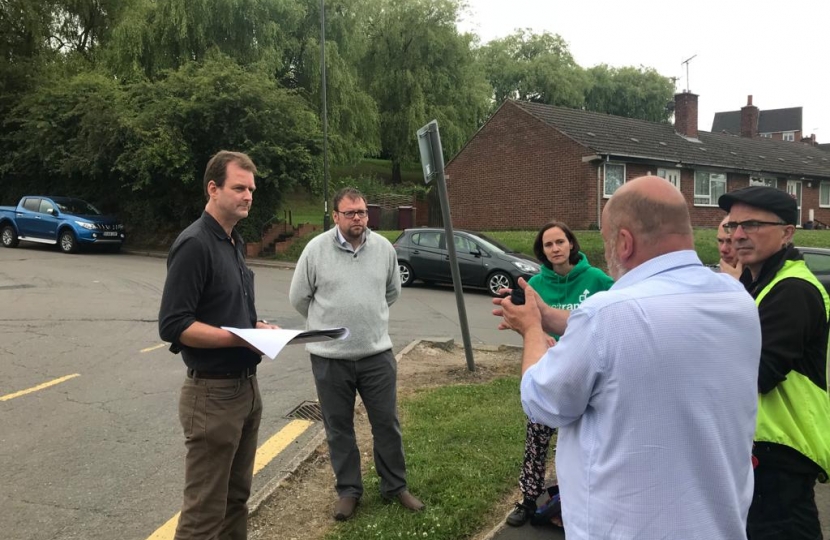 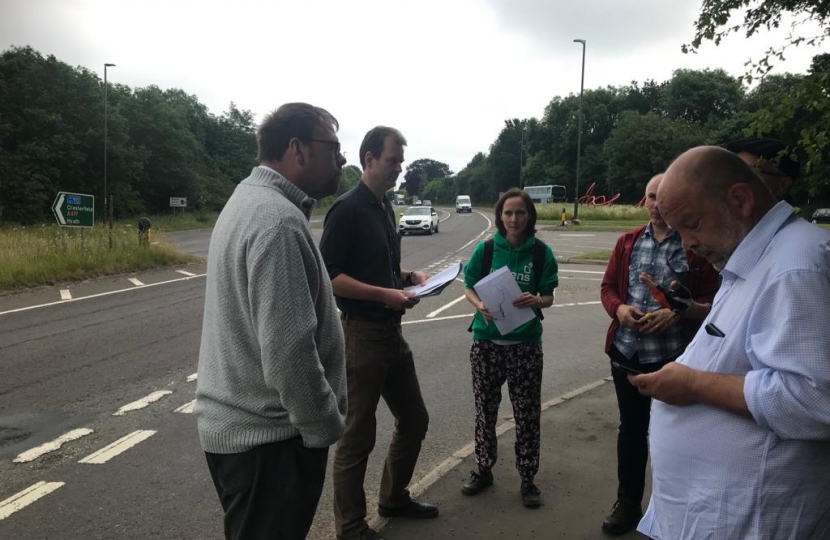 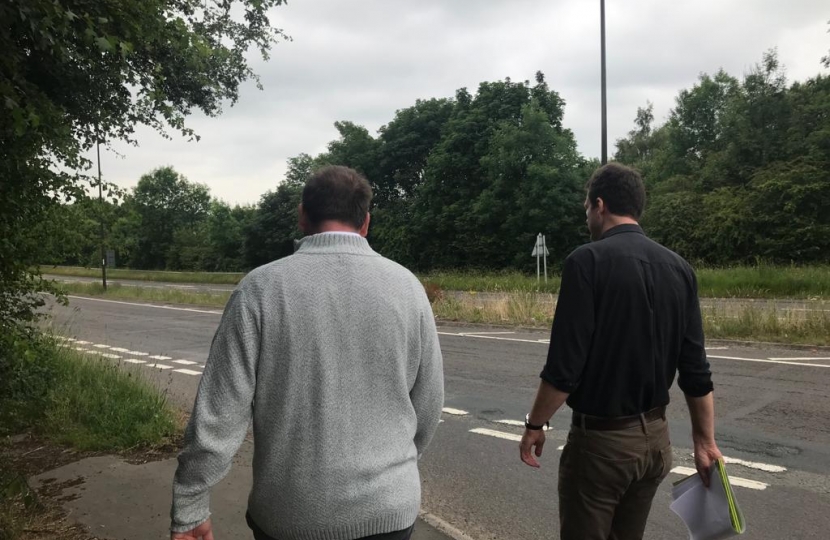 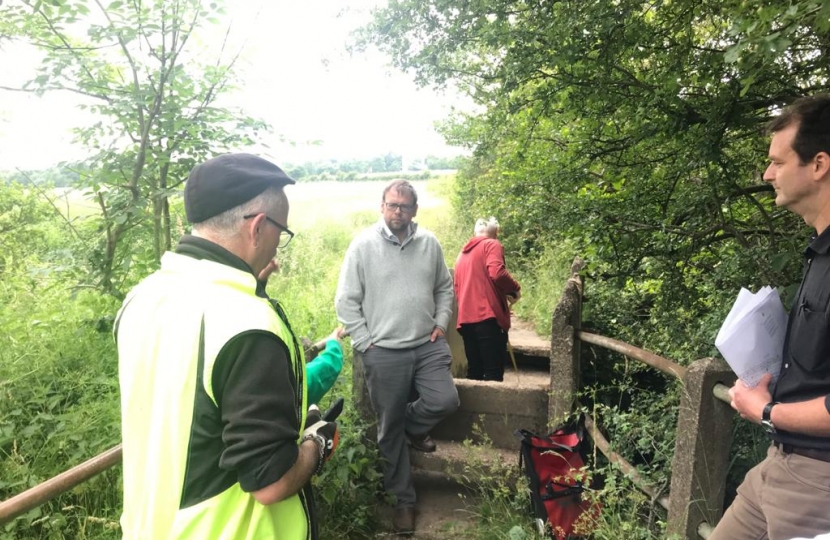 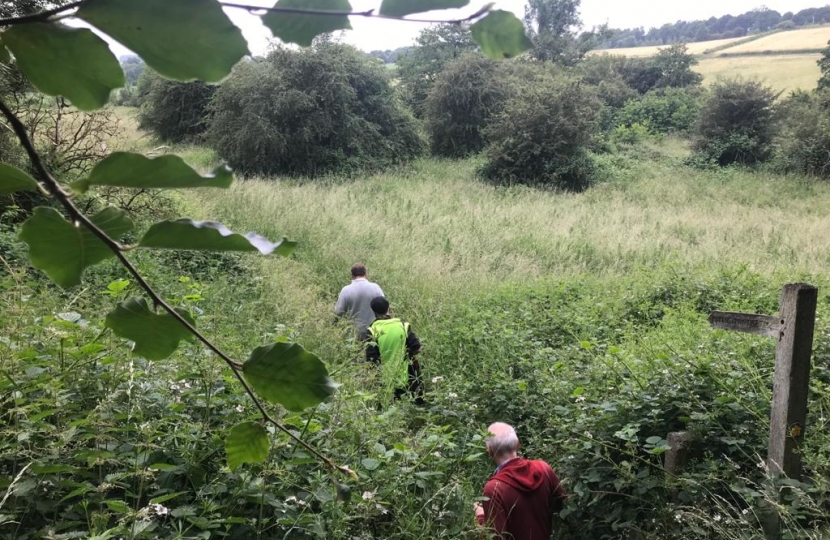 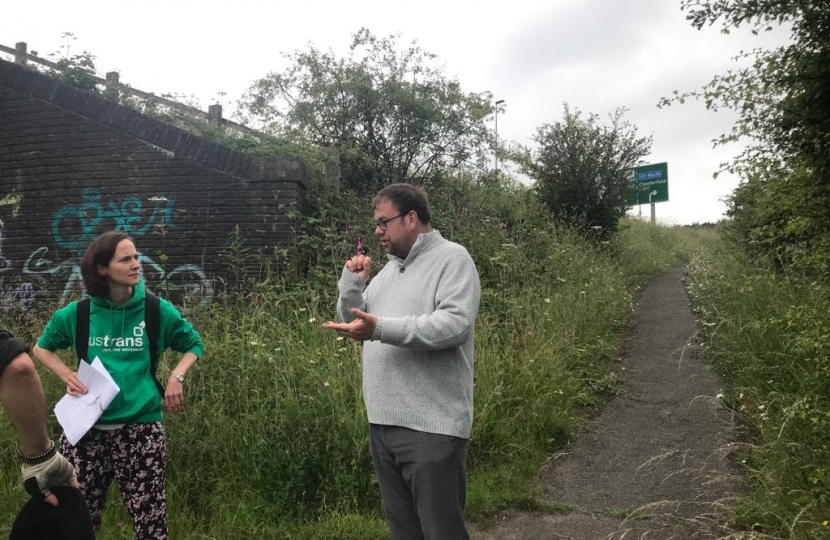 Mark met with officers from Bolsover District Council and the cycle charity Sustrans to discuss how the make the most of the Bolsover constituency’s tremendous cycling potential and how that fits in with Mark’s plans for short stay tourism in the region as well as transforming transport throughout the area.

During the visit Sustrans took Mark and officers from Bolsover District Council for a walk along some of the proposed cycle routes they want to create throughout the Bolsover area near Doe Lea. They highlighted the potential of their projects and how it might be able to bring more visitors into the Bolsover region. The plans also help to provide more options to open up sustainable travel throughout the area.

Current plans for the Doe Lea route will link the area to Bolsover town and Markham Vale a few miles North of the village, proving better links throughout the area. There is also potential to link the route to Hardwick hall as well as linking Bramley Vale and Doe Lea together.

Commenting on the visit Mark said:

“It’s been great to come and visit Sustrans and see the work they they’re doing to create new cycle routes throughout our area and get more people enjoying all that the Bolsover countryside has to offer.

“Connecting our villages and making sure that we have a connected and robust cycle network will be key to making sure that these plans get off the ground. Making sure families can go out together and safely enjoy the routes is a must.

“I’d like to thank Sustrans for their hard work to start making these plans a reality, as well as officers from Bolsover District Council for coming to see the route and talk about how they can be involved with this.”

This page shows the campaigns I am engaged in around Chesterfield, Calow, Sutton, Heath and Holmewood. If you would like to know more details about any of these campaigns please do not hesitate to email me on mark.fletcher.mp@parliament.uk.