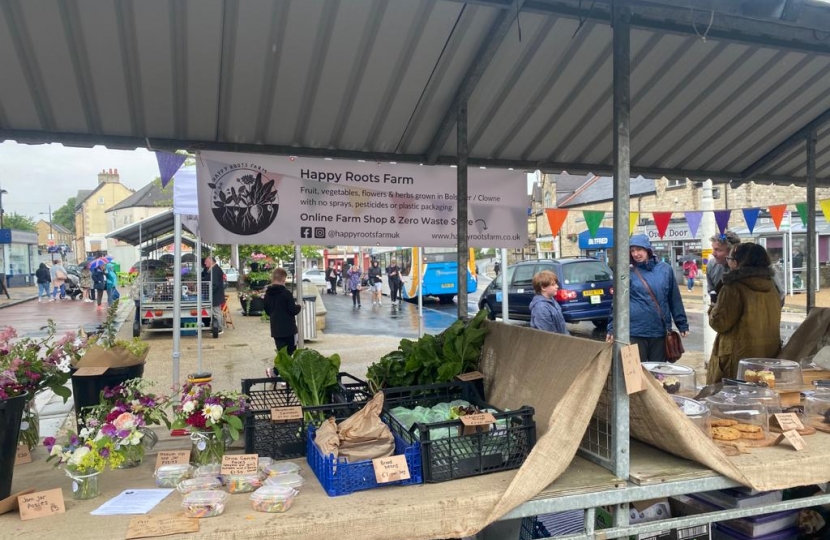 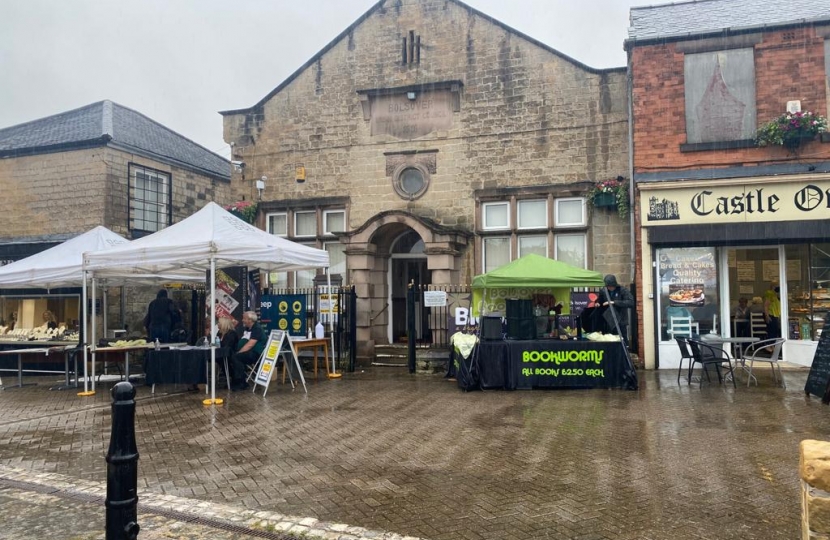 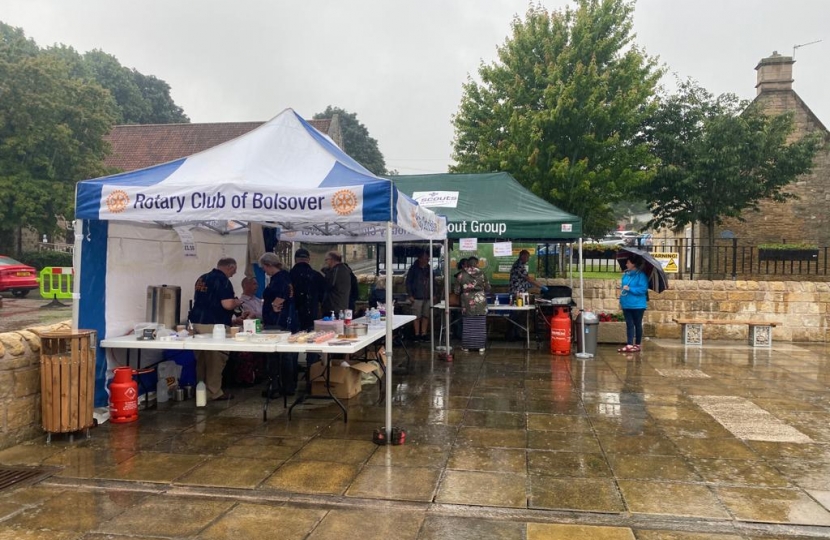 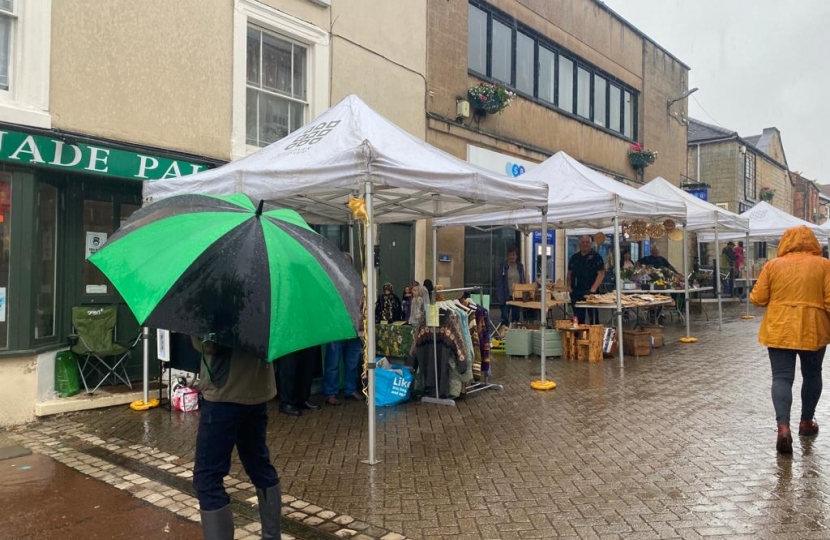 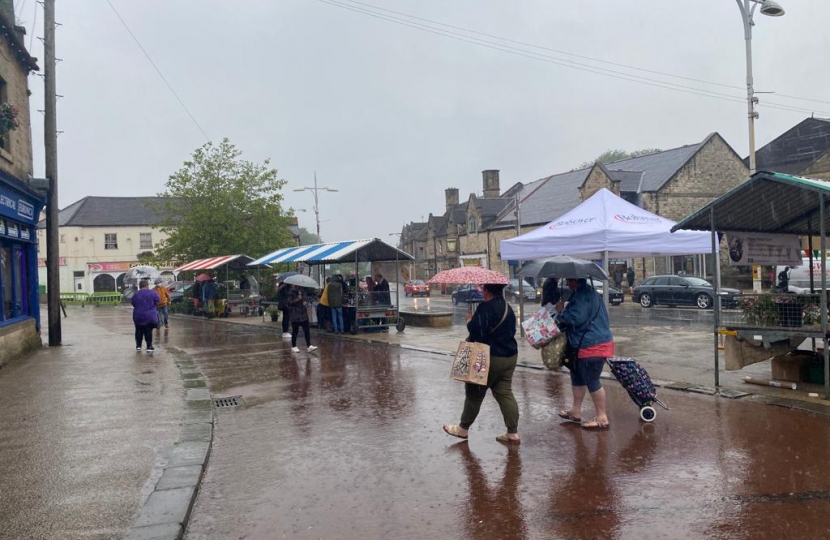 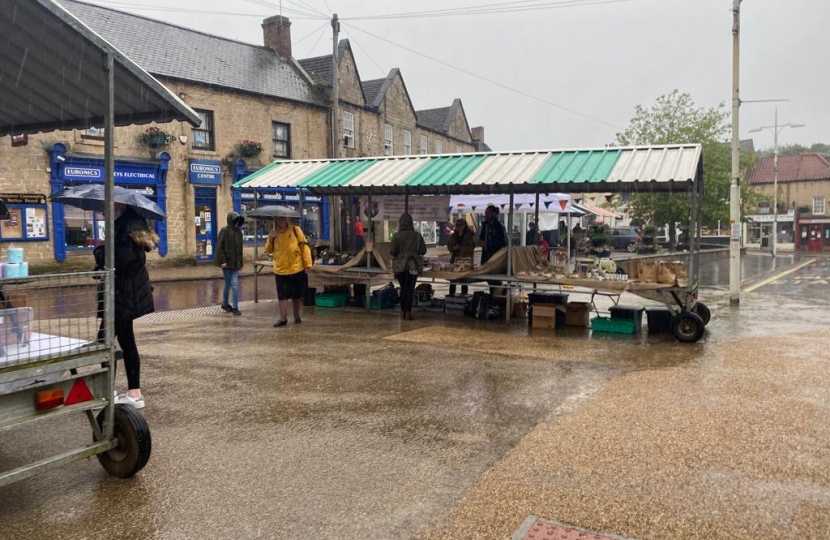 On Saturday Mark Fletcher visited Bolsover in Bloom to support the event and see the brilliant work done by Old Bolsover Town Council putting the event on.

On Saturday, the muchly anticipated Bolsover in Bloom was held in the town centre in a bid to bring people into the town centre and get people supporting their local businesses. After starting the Bolsover High Street Task Force Mark has been in discussions with Old Bolsover Town Council about the importance of attracting more people into town.

Whilst the weather made things more challenging, many still came to the event to see the flower displays put out by the council as well as browse some of the stalls on the day.

Commenting at the event Mark said:

“It’s great to be able to come and support Bolsover in Bloom and see all the brilliant work put in by Old Bolsover Town Council. I know how hard they’ve been working at getting this event together, as well as putting together ideas for how we can get more people into Bolsover supporting our local businesses.

“It’s a shame that the weather didn’t quite cooperate with the event today, but it was encouraging to see so many people still come out and support the event. It shows that there’s a real appetite for these kind of events in the town centre. I’m really impressed with the ambition OBTC have shown with this event.

“I’m very pleased to be able to come and support the event. It all forms part of the wider plans we have for the town centre as part of the Bolsover High Street Taskforce. Bolsover has the potential to be the principal market town throughout the District.

“I’d like to thank OBTC and Bolsover Rotary Club for putting the event on and taking the time to meet me.”

This page shows the campaigns I am involved in around Bolsover Town. If you would like to know more details about any of these campaigns please do not hesitate to email me on mark.fletcher.mp@parliament.uk.