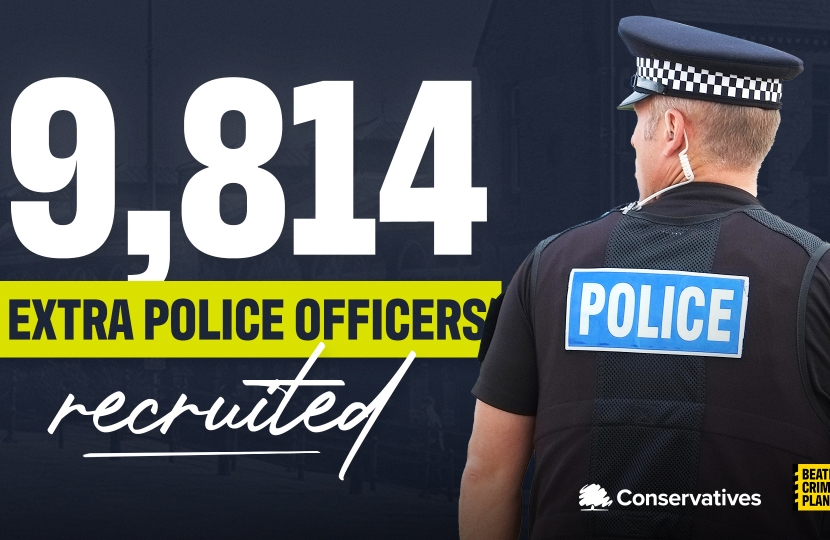 Last week the Government published its new Beating Crime Plan which sets out steps to make sure everyone in the UK lives in a safe neighbourhood.

Since being elected in 2019, Mark has been working hard with local councils, the police and the Government to help drive down crime across the Bolsover constituency.

The new plans build on the work already being done by the Government to help tackle crime, including bringing in tougher sentences for those that commit the most serious crimes and recruiting 10,000 of the new 20,000 police officers pledged.

The plans will combine prevention, deterrent and enforcement to give the authorities the tools they need to do their jobs effectively and keep our streets safe. Victims of crime will get the justice and respect they deserve.

Commenting on the launch of the new Beating Crime Plan Mark said:

“This is another positive step from the Government to help us keep our streets safe. In order to ensure that we can deliver the Government’s levelling up agenda here in Bolsover, we need to make sure that people feel safe in their own homes and communities.

“I’ve been in regular discussion with the police and local parish councils since my election in 2019 about local crime and anti-social behaviour. Making sure the constituency is as safe as possible for residents is one of my main priorities.

“I’m really proud to be supporting the Government’s action in this area, including the recruitment of new Police officers, 95 of whom have already been hired in Derbyshire."