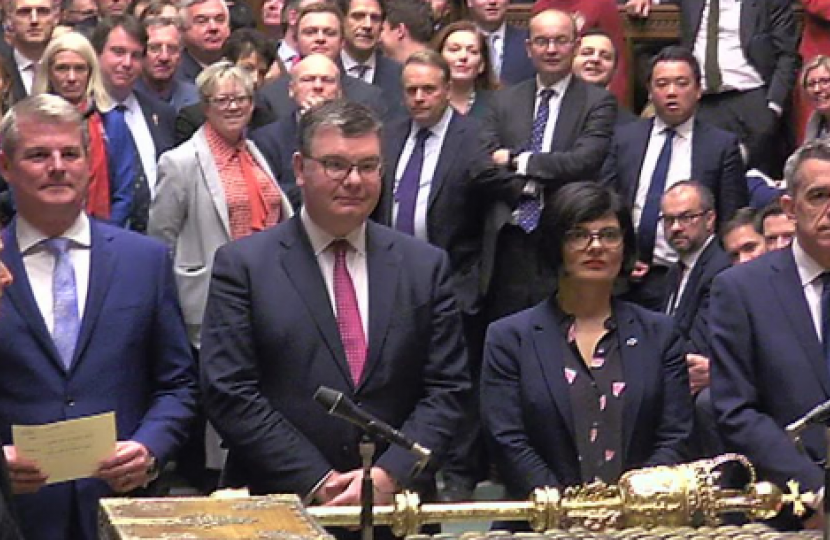 Mark Fletcher MP votes, as Britain clears the final hurdle as it leaves the European Union.

Last night in the chamber, Mark was one of 358 who voted for the UK to finally leave the EU. The vote passed by 124 votes and finally brings a close to the three year discussion, since the UK voted overwhelmingly to leave the EU in 2016.

Mark Fletcher MP went on to say “This vote was the first step towards getting Brexit done on 31st January 2020, so we can deliver on the result of the referendum, including for the 70% of people here in Bolsover who voted to leave”

A transitional period will now occur for the reminder of 2020.

We need to leave the European Union. We had a referendum and there was a clear winner. However you voted, we live in a democracy and leave won. We need to honour that referendum result and get on with leaving.

Mark Fletcher has called for residents to nominate worthy businesses, charities, organisations and individuals within the Bolsover constituency for the Government’s new Levelling Up Awards.