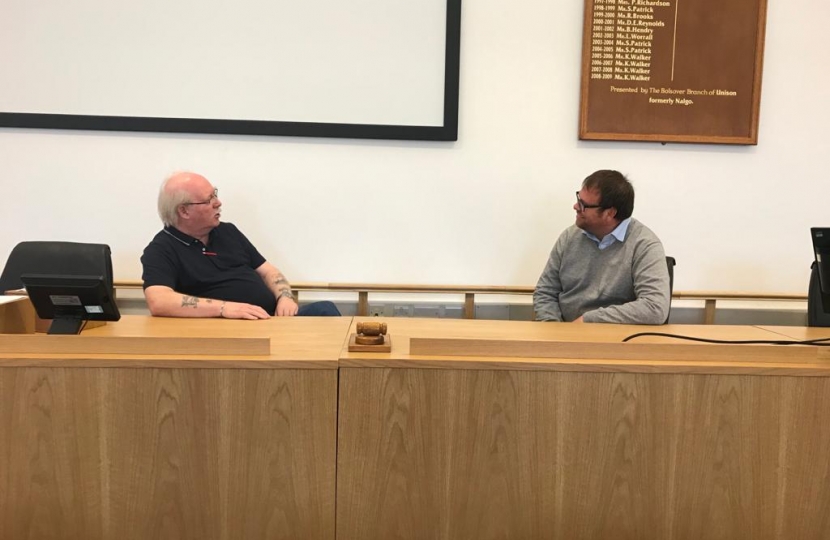 The leader of Bolsover District Council Steve Fritchley and Bolsover MP Mark Fletcher have today (21st August) announced they will be campaigning together on a series of projects for the district.

Cllr Fritchley has been the leader of the Council since May 2019 and Mr Fletcher was elected in the 2019 General Election. They have met and spoken regularly during the past few months and have united on various priorities to help improve the Bolsover region.

Despite their different political parties and views, Fritchley and Fletcher both believe in the importance of putting residents first and have identified the list of projects as essential to improving Bolsover’s economic future.

“Steve and I have our differences, but nobody is interested in party political point scoring outside of elections. People want us to work together, and that is what we are doing. Bolsover has tremendous economic potential, and these projects are what we consider to be vital to levelling up our communities, towns and region.

“Many of these projects require support from our Local Enterprise Partnership (LEP), the County Council, the District Council and central Government, and we believe we will have more chance of securing the investment we need if we work together.”

“The past few months have been tremendously challenging for everybody, but we need to use the Coronavirus as a catalyst for a better future. If we can work together to bring investment to our transport network, unleash our tourism potential and bring more skilled jobs to our patch.”

“Our responsibility is to work together in the best interests of our residents. We both believe in public service and the need to put aside our differences wherever possible to bring investment and opportunities to our region.

“Many of these projects are not party political; they are supported by Labour, Conservative and Independent representatives across the region. I am delighted that, unlike in many parts of the country, we are seeing grown up Government in Bolsover, with all of us working together for residents.

“Financial investment in the community is essential in these difficult economic times.”

In an interview last year, Cllr Fritchley also said “we will fall out every 4 years, but in the meantime, we have a job to do.”

Cllr Fritchley and Mr Fletcher have agreed to work together on improving the local transport infrastructure and tourism offering, developing a skilled job culture in the district and looking to increase central Government investment in the four towns across the Bolsover district; Bolsover, Clowne, Shirebrook and South Normanton.

The list of projects the two agreed to pursue includes:

Mark Fletcher has called for residents to nominate worthy businesses, charities, organisations and individuals within the Bolsover constituency for the Government’s new Levelling Up Awards.