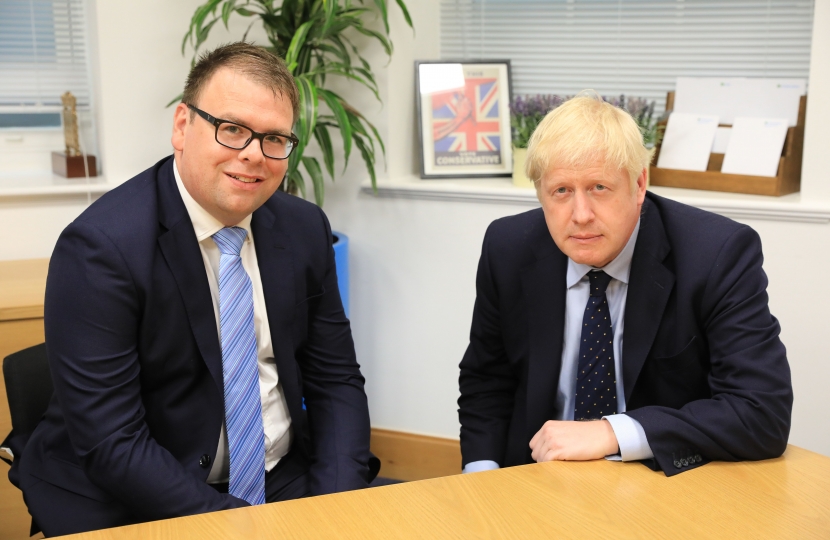 Today Mark Fletcher met with Prime Minister Boris Johnson to discuss his new Brexit deal and the need to respect the wishes of the people of Bolsover, who overwhelmingly voted to leave the European Union in 2016.

This new deal ensures that we take back control of our laws, trade, borders and money without disruption, and provides the basis of a new relationship with the EU based on free trade and friendly cooperation.

Under the previous deal, Brussels had ultimate control and could have forced Britain to accept EU laws and taxes forever. This new deal ensures that voters are in control.

Mark Fletcher said, “I was pleased to meet with the Prime Minister and impress to him how important is, after three years of delays, that we get Brexit done.

“His new deal delivers on the promise of Brexit, and respects the votes of the 70% of people in Bolsover who voted to leave the European Union.

“For too long, Jeremy Corbyn and the Labour party have forced us to delay Brexit, against the wishes of people in Bolsover. Now they have a simple choice: back the deal so we can finally get Brexit done and leave the European Union.”