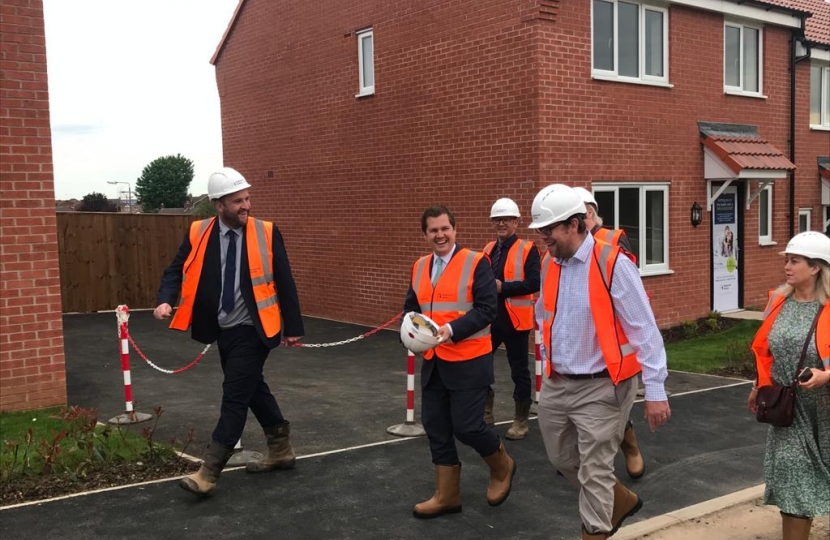 The news comes following the launch of the Government’s flagship policy, the First Homes Scheme, which was launched in Bolsover in the Spring by the Secretary of State for Communities, Housing and Local Government Robert Jenrick with Mark. The new scheme gives first-time buyers the chance to save 33% off of the value of a new home, meaning young people and key workers are able to put down roots of their own within the Bolsover constituency.

The new scheme joins a range of schemes that will help people getting onto the housing ladder in Bolsover as part of the Help to Buy initiative.

The investment means that thousands of new homes will be built in Derbyshire, with Bolsover looking to receive its share of the allocation, helping yet more people get onto the housing ladder right throughout the community.

Commenting on the announcement, Mark said:

“This is another welcome development that will help young people and those on lower incomes onto the housing ladder. Having quality, affordable housing within the Bolsover constituency is vital to levelling up communities here.c

“After the First Homes scheme that was launched here in Shirebrook, it’s really positive to see more good news for those looking to buy their first home within the Bolsover constituency.

“I’m really pleased that the Government is working hard to deliver its manifesto commitment to helping young people get onto the housing ladder and making sure that everyone has a home they can afford.”