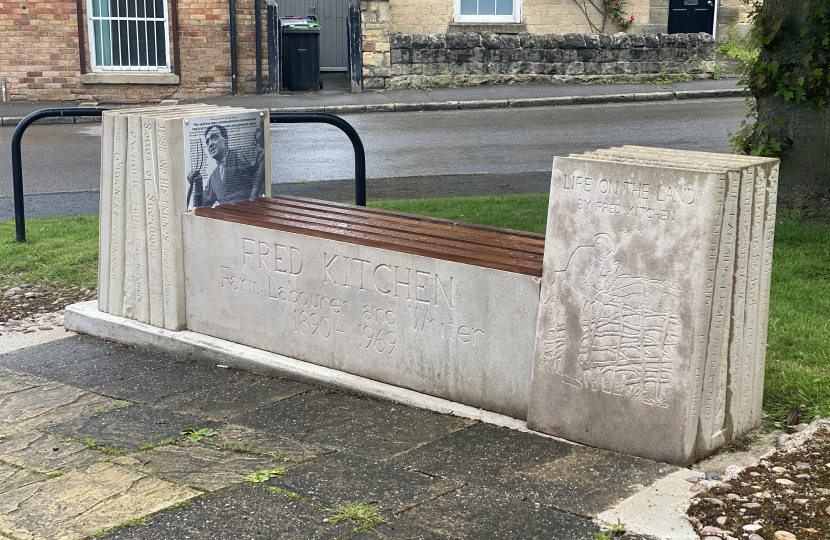 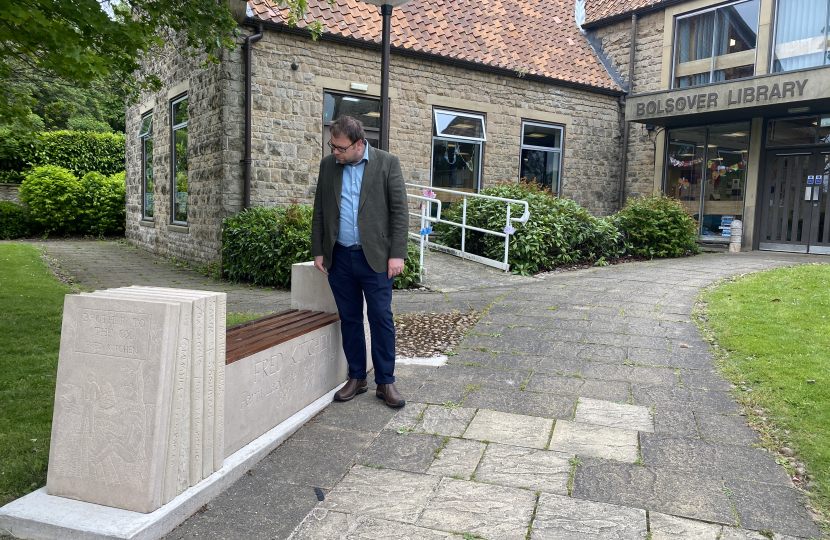 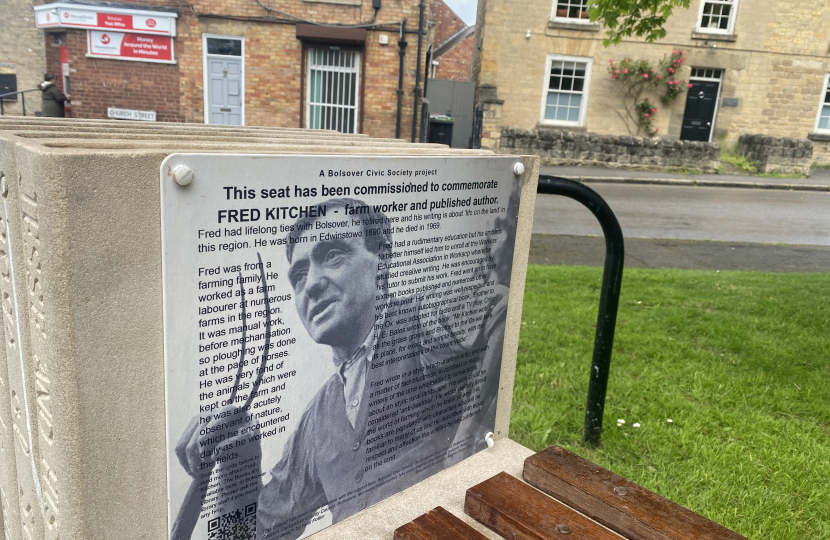 I finally had chance to visit the newly installed Fred Kitchen Memorial Bench, just outside the library in Bolsover town centre. In May the Bolsover Civic Society erected stone seating outside Bolsover library commemorating local writer Fred Kitchen. Made in sandstone and carved by local sculptor/designer Andrew Tebbs the seating includes carved end panels featuring Fred’s books and novels.  It has been paid for from S106 funding as part of the Morrisons store planning agreement, with additional contributions from Derbyshire County Council, Bolsover District Council Arts Fund, Bolsover Rotary, writer Stephen Wakelam who has dramatised some of Fred’s works and Bolsover Civic Society. Old Bolsover Town Council has provided assistance with the project and NAL Plant are providing foundation base for the seating.

Bowed by the weight of centuries he leans
Upon his hoe and gazes on the ground,
The emptiness of ages in his face,
And on his back the burden of the world.
Who made him dead to rapture and despair,
A thing that grieves not and that never hopes.
Stolid and stunned, a brother to the ox?

Mark meets with Minister for Safeguarding about Anti-Social Neighbours

Sadly, anti-social behaviour can have an overwhelming impact on its victims and, in some cases, on the wider community.